A full-gram pre roll by Phat Panda. This green monster was named after the Incredible Hulk’s alter ego for its hard-hitting potency. Originally a Colorado dispensary proprietary strain, Bruce Banner once tested as having the highest THC levels of any strain ever! High-testing THC levels make it a popular strain for high-tolerance consumers. Its effects pack a punch, hitting quickly and strongly before settling into an energizing, uplifting buzz with a boost of creativity. 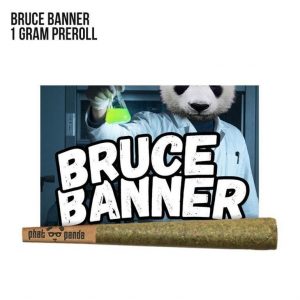